Since finding Pinterest I have admired so many craft rooms, studio spaces, creative corners and been amazed at some of the clever ideas that some people have come up with for storing stash and making it all look so beautiful.

I prettied boxes
with some lovely paper from Ikea and these free printable labels,
Charlotte's first shoe boxes, and other boxes collected along the way. They look so much better wrapped in pretty paper dont you think ? 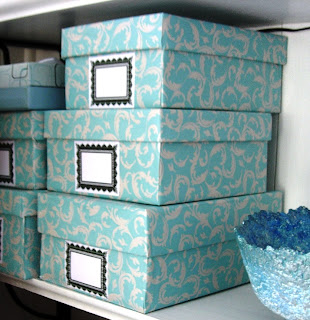 spiced up some jars
with the free round labels 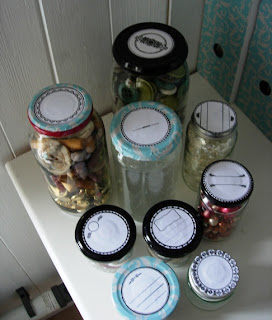 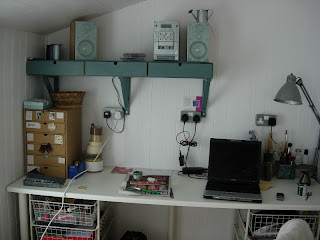 and replace it with two old pine shelves

which I painted white 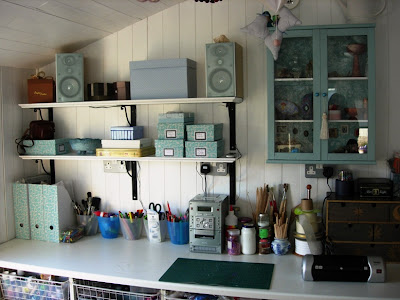 When I initially set this area up I imagined I would sit there and work so would need leg room and under the worktop but I find I'm usually standing, or can sit sideways. I decided to replace the tall wheeled basket drawer unit (shown here in an older picture) 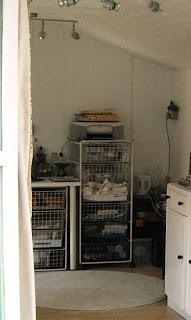 with another small one with 2 large plastic bins, fitting this and the one that used to site alongside my sewing table into the space.

I just laminated some wrapping paper with the printed labels on top.
I wrote on them after laminating, with a thick permanant marker,
punched holes and tied them with some shiny cord to the basket drawer fronts 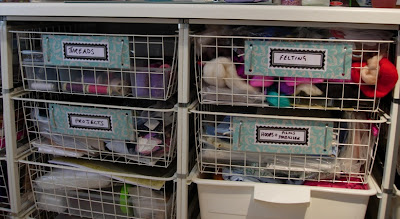 It all looks so neat and I haven't lost any storage but I have gained floor space which is nice.
I use one chair between both here and my sewing table and have acquired one with wheels :) from Harry after a bit of musical chairs .... he did end up with a nice one too and we are both happy 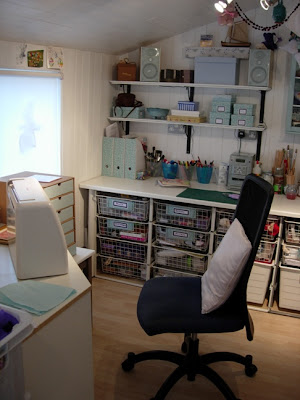 along to the right is my jewellers bench, I used to have the tool board on the back wall and the mirror on the side wall, this works now better having swapped them over. 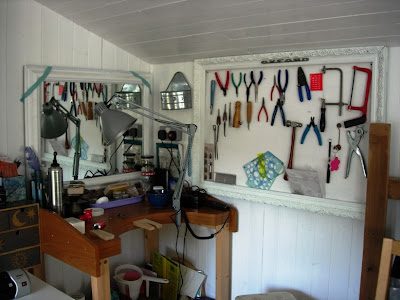 This is where the mobile drawer unit used to sit after I got the jewellers bench
but now its a bit more roomy, it also means I can set up my easel which my Dad made for me when I was at college 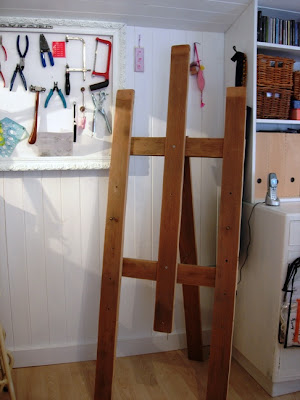 this old pine shelf  used to hang in the kitchen of my first flat..... a few years ago now 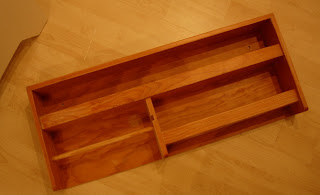 I thought I had given it to a friend sometime ago and regretted it, then was delighted when I found it in the loft at Christmas time while looking out decorations 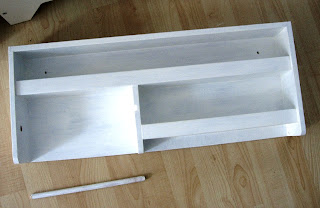 two of coats of eggshell later 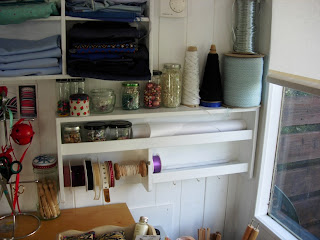 and the perfect place for it, now holding freezer paper ribbons and more jars. 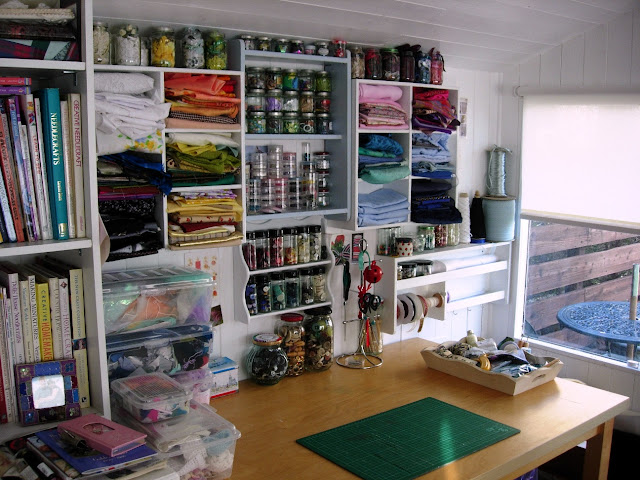 I claimed my table space back again which was building up with projects
and tidied up underneath it
My little table top got a coat of paint too, I'm thinking decoupage......at some point :) 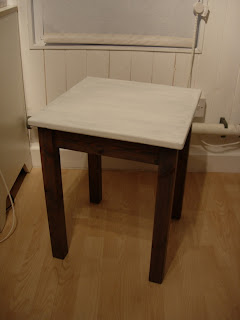 Hope you enjoyed my little tour
thanks for stopping by
Yvonne x
Posted by Yvonne Moxon at 18:30

It all looks so wonderful that I am having a bad attack of envy! Well done and enjoy it.

Gorgeous! I love the shoe boxes covered with paper, you can't even tell and they look so pretty, plus they're meaningful to you. Love the whole room, really functional, but pretty.

Wow you have been very busy straightening, tidying and making new. Looks great, now get in there and mess it up again, ha ha.

Ha your comment made me giggle Jan, cos you know thats whats gonna happen! :) lol thanks for stopping by Yvonne x

I LOVED my little tour, thank you! It looks great, so organized, pretty, accessible, creative, clean... What a great place to create and let the ideas flow! The covered boxes are pretty, the labels are stylish. Let's see... any more adjectives I can think of? Hope you are doing well!

Might be pinching a few of your ideas Yvonne, everything will be going back into mine on Tuesday

Hi Lyn I look forward to seeing it !