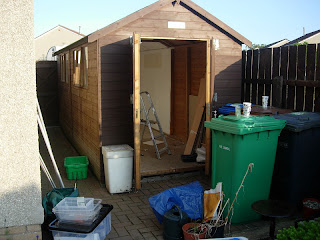 this is it being emptied, for dismantling.

On October 15th work began, it was a lovely sunny day 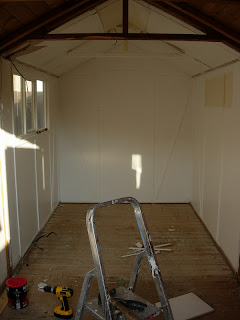 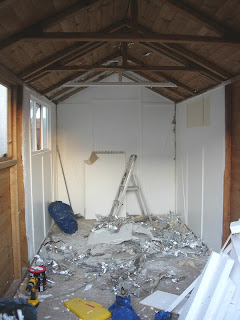 so off it all had to come, lining, felt and foil from the roof 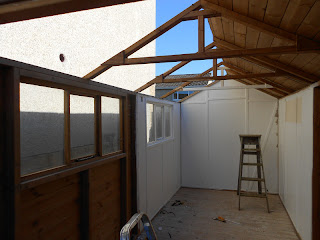 so it could be removed first 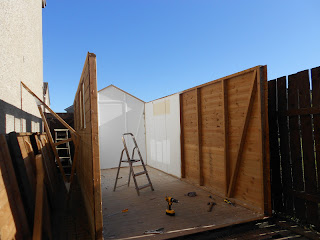 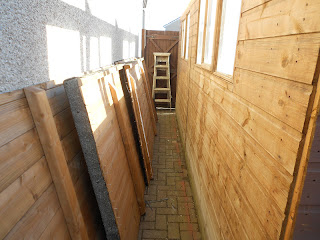 between the workshop and house

next the lining on the walls had to come off 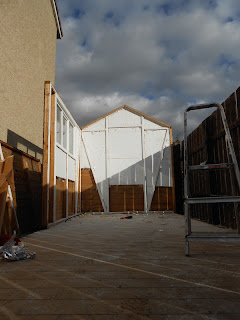 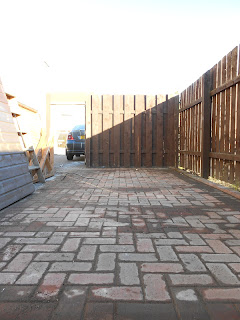 now we have more space on the drive again 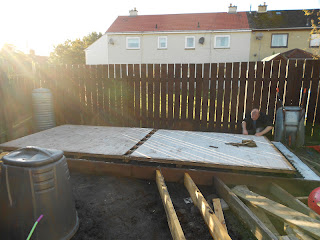 The base was laid onto the prepared area at the back of the garden, and covered with plastic sheeting
the sides were stacked in a pile and stored some at the side of the house some on the gravel.
Then we have had 3 weeks of wind and rain.

Until today ! :)
At last another sunny day and the rebuild of the workshop was able to go ahead. 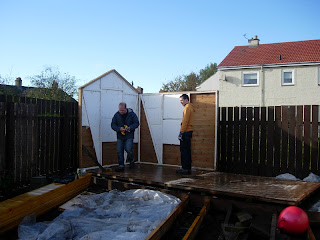 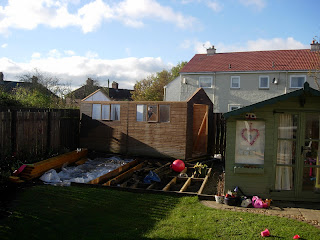 they worked fast to get the sides up 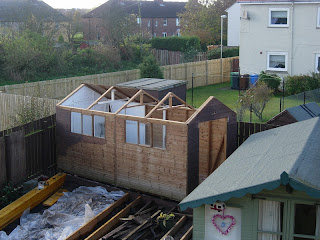 then the roof supports 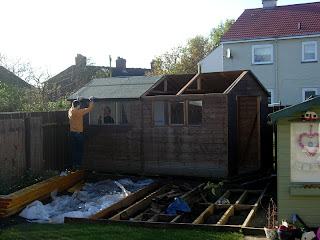 and the roof panels 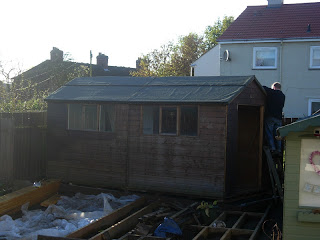 as the felt had to be cut along the joins to dismantle the roof
a new layer was put on top and sealed. 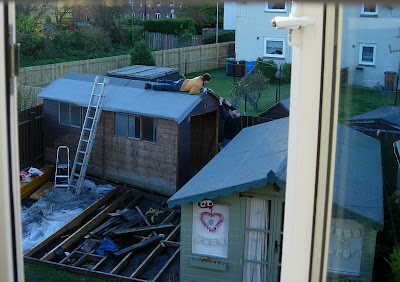 This is the last picture I was able to take as the light was fading fast.
They finally called it a day around 5.30pm
Both very tired but pleased with their achievement.
There is still a lot to do in terms of doors, decking etc. but getting the workshop back up is a great relief with the winter weather just around the corner.

Hot baths and something warming to eat no doubt were required? Is that your studio next to it painted green? His and hers eh?! Hope the weekend continues fine so that the workshop can be finished - men do need a shed to escape to don't they?!

Hi Jane :) I had a hearty pot of home made soup on the go and a slow cooked sausage casserole and mash for dinner both went down a treat. That is indeed my little boxoftrix studio, home to my arts and crafts, although there's a bit more squeezed in there atm, all Kevin's tools and boxes of bits! fingers crossed for more sunshine tomorrow :)

How did I miss this?! What a great job they did. Was Sunday fine enough for more work to be done Yvonne? It'll be a relief to get your studio back in order too once Kevin's stuff is back in his workshop :0) Mo x