Charlottes Quilt
as mentioned in my previous post I have begun making my way through Charlotte's baby clothes to make her a keepsake quilt.
The first two blocks I worked on were pretty T-shirts age 12mths 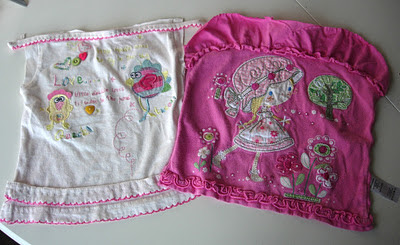 The pink one had curves at the two top corners where the armholes start so I cut off the puff sleeves and overlapped the corners to make it more square.

To the cream coloured one I added the extra hem frill from the back panel to sit above the front one.

The next one was a bit more tricky 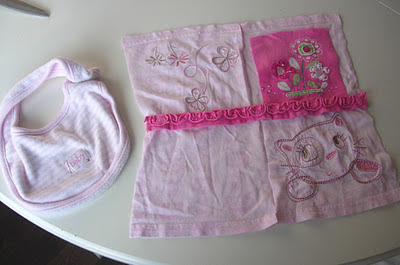 A pretty tunic dress 3-6mths so not very big and a little stained in places. I was able to save the embroidered parts and I had to cut it into four and use some fabric from the back to get big enough pieces for a block about the same size as the other two. I added a pretty embroidered motive saved from the back of the pink t-shirt and the back hem frill which I might sew along the middle.

Next I cut up a little bib 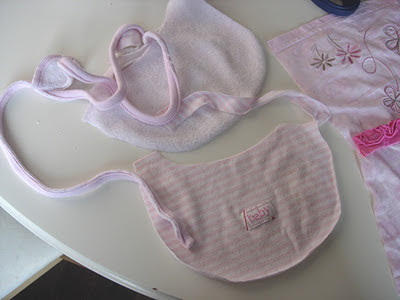 separated it from the towel backing 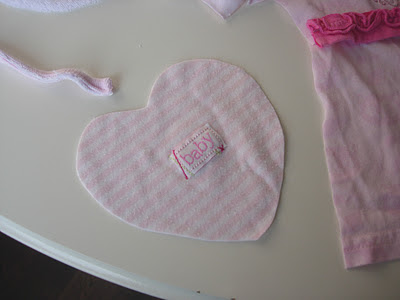 Cut into a heart shape it looks quite pretty 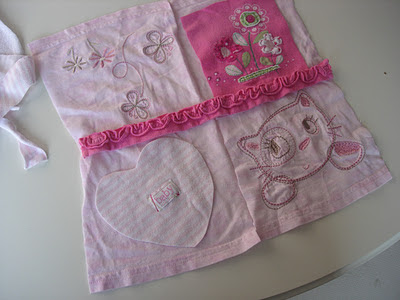 ....and this will complete another square. 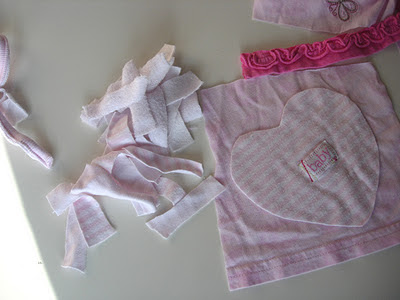 All those little bits left over wont go to waste, they have all now been added into the rag rug!

I'm so enjoying these two projects working on :)
Thanks for stopping by!
Yvonne x
Posted by Yvonne Moxon at 15:07

What a lovely thing to do. I think your rag rug is great too.

Such a lovely way to keep those memories!
Hugs
Christine x