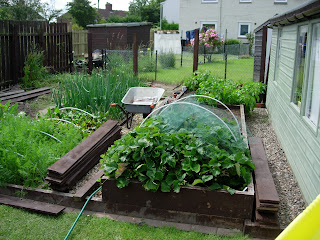 The raised beds were emptied and lowered 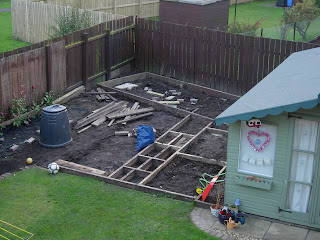 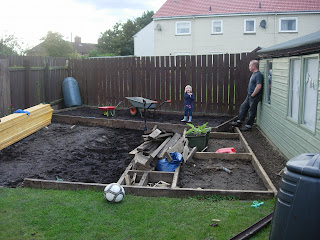 filled with hardcore and soil from the beds
with a little bit of help from our garden helper and her wheel barrow :) 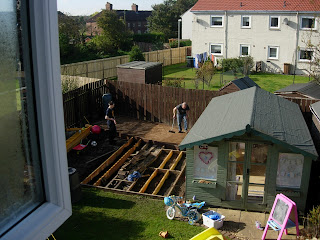 then there was a thick layer of sand, 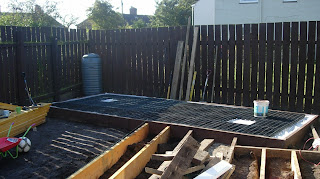 then a thick membrane, 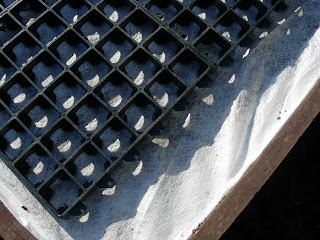 and Eco base blocks, now its ready for the move.

The rest of the soil from the raised beds didn't go to waste either,
but put to good use out in the front garden :) 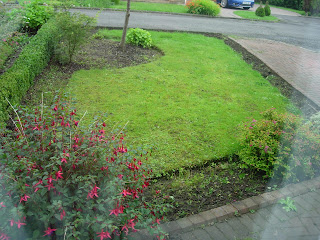 There are problems with this space, it gets water logged and overrun with weeds and moss, 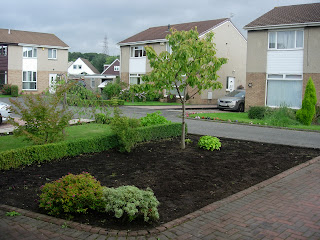 levelled out with soil 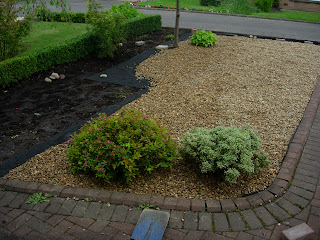 covered with thick membrane and this lovely golden flint gravel.
We are so pleased at the difference this has made, 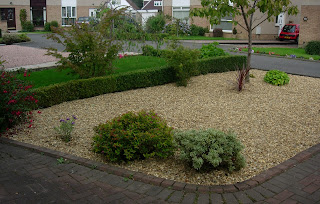 It just looks so much better don't you think.